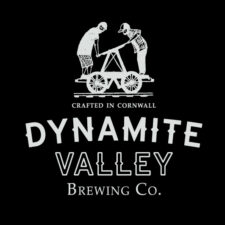 Tucked away in Dynamite Valley, under Ponsanooth’s viaduct, you’ll find one of Cornwall’s award-winning breweries of the same name – Dynamite Valley Brewery. Yep, that’s us!

The venture started life as a micro-brewery based in a porta-cabin close to Falmouth.  Now in its sixth year, the brewery occupies two units at the Viaduct Works. Last year we received no less than five prestigious awards for our Cornish ales available in cask and our individually hand-wrapped bottles.

In addition to a plethora of Cornish establishments, ranging from local pubs, restaurants and village stores, to the Eden Project and the Dutchy of Cornwall Nursery, our beers can now be found on the shelves of discerning outlets throughout the UK.

We’re so proud of the beers that we’ve perfected over the years, that we get great satisfaction from sharing this taste of Cornwall with you.